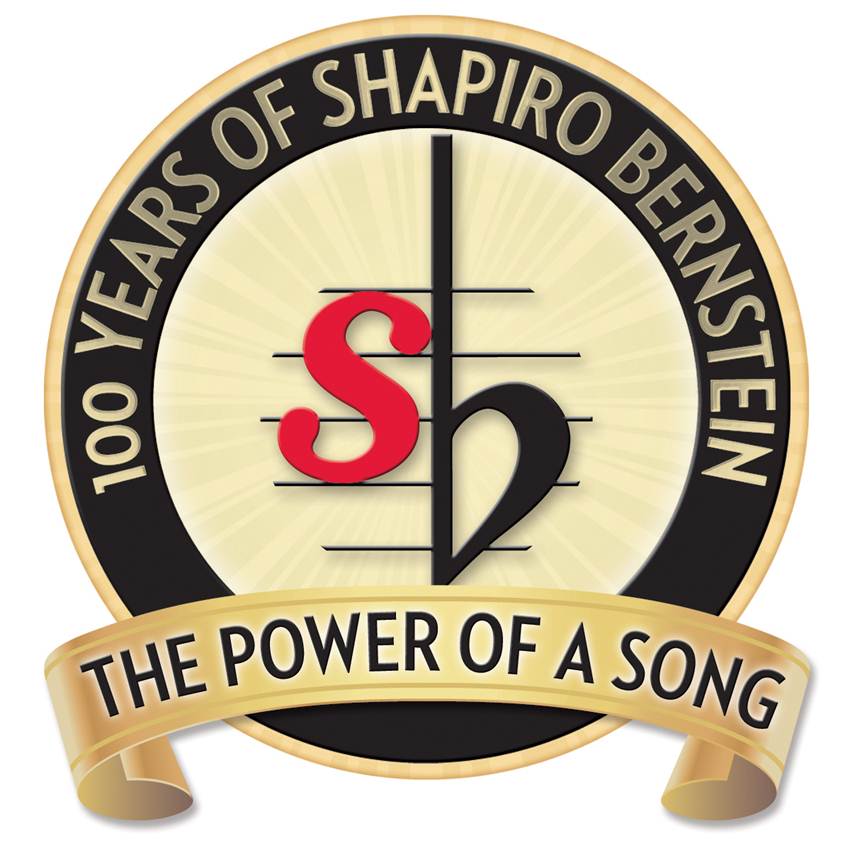 The sheet music that hangs on the walls of Shapiro Bernstein & Co.’s New York office tells a story, not only of one of the music industry’s most legendary companies, but also of American music itself. It is a story that extends back more than 100 years, to the wild and unruly atmosphere of Manhattan’s West 28th Street, better known as Tin Pan Alley, in an age where ragtime, vaudeville and technological innovations in mass printing combined to create the first generation of music entrepreneurs.

Teaming with his brother-in-law, Louis Bernstein, and the industry’s hottest songwriter at the time, Harry Von Tilzer, Maurice Shapiro formed Shapiro Bernstein & Von Tilzer in 1900, upon the heels of Von Tilzer’s first big hit, “My Old New Hampshire Home”. In Tin Pan Alley’s hothouse atmosphere of relentless competition and ever-changing alliances, the names on the office door changed frequently, with Shapiro, Bernstein and Von Tilzer giving way to Shapiro, Bernstein & Co. in 1902, Shapiro, Remick & Co. in 1904, which then passed entirely to Remick a year later. Maurice Shapiro returned to the business in 1906, forming Shapiro Music Publisher.

When Maurice Shapiro passed away in 1911, it was Louis Bernstein, then a successful Manhattan real estate investor, who stepped back into show business and took over the company. He changed the name once again, restoring it to Shapiro Bernstein & Company. Incorporated in 1913, it would become one of the most respected and enduring names in music publishing.

Building on the foundations of his brother-in-law’s success, Louis Bernstein soon established Shapiro Bernstein as a home for classic songs and legendary songwriters. With “Trail of the Lonesome Pine”, Shapiro had its first hit in 1913. “Beautiful Ohio” followed in 1918 and became the most successful song of that year, selling a still impressive five million copies. By that time, the company had eight printing presses across the country, feeding the Jazz Age’s growing appetite for popular music.

When print music and vaudeville were overtaken by technological innovations and changing tastes in the 1930’s, Shapiro adapted quickly, using the favorite bands of the Swing Era, the newly emerging jazz stars, and the Hollywood movie musicals to popularize songs that are now American classics. Benny Goodman launched “The Glory of Love”; cowboy star Gene Autry performed “You’re The Only Star (In My Blue Heaven)” in not one, but three of his films; and Tommy Dorsey launched “In the Blue of the Evening” sung by a young man named Frank Sinatra. And when Glenn Miller debuted “In The Mood” in 1940, it spent 12 weeks at Number One, becoming perhaps the best-known dance song in American history. It remains one of the most performed songs in the Shapiro catalog, covered by everyone from Bette Midler to Jive Bunny, and elected to the NARAS Hall of Fame.

In addition to building a rich and timeless song catalog, Louis Bernstein’s early stewardship of Shapiro Bernstein also established the company’s reputation as a music industry leader, and a champion of songs and songwriters. He was elected to ASCAP's first Board of Directors in 1914, and served on the Board for 48 years until his death in 1962. During his tenure, he served as Vice President/Vice Chair from 1924-1942 and then again from 1953-1961, and Treasurer from 1947-1953. During those formative years of the modern music industry, Shapiro Bernstein was a consistently outspoken advocate for the rights of the creative community, engaging as a plaintiff in several landmark cases still cited by specialists in copyright law. Shapiro Bernstein & Co. v. H.L. Green was one of music publishing’s first battles with piracy, establishing the principle of vicarious liability, while Shapiro Bernstein & Co. v. Jerry Vogel Music Co., Inc. sought to clarify what constitutes a joint work, a matter not fully resolved until Congress passed the 1978 Copyright Law, validating the position that Shapiro had taken 23 years earlier.

In a career that would extend all the way into the early 1960’s, Louis Bernstein led Shapiro through the rapidly changing terrain of the music business, always seeking out the best of songs and songwriters in each new era. At the close of the 1940’s, Shapiro ushered in the era of rock ‘n’ roll with the ground-breaking “Guitar Boogie” by Arthur Smith, and followed it with Fifties and Sixties pop standards like “Cry”, “Papa Loves Mambo”, and ”Harlem Nocturne”. When Louis’ son-in-law Dick Voltter took the reins of the company in 1962, he continued to expand the diversity of Shapiro’s catalog, securing rights to and eventually purchasing the Columbia Pictures catalog to acquire movie music classics like “The Guns of Navarone”, “The Bridge on the River Kwai”, and “Lawrence of Arabia”.

Seeing an opportunity in the emerging country music market, the grandson-in-law of Louis Bernstein, Leon Brettler, formed Painted Desert Music and opened a Nashville office in the early 1960’s. It was a move that paid off quickly and continues to pay, yielding hits like “Wolverton Mountain” and the all-time country classic, “Ring of Fire.” One of the music industry’s most colorful characters, Leon Brettler also carried on Shapiro’s tradition of industry activism, serving on the Board of ASCAP and the National Music Publishers Association/Harry Fox Agency for more than forty years, until his passing in 2001.

Shapiro Bernstein remains what it has always been, an independent music company with an entrepreneurial spirit, ready to adapt to whatever musical and technological changes the future brings. Our New York office has moved from West 28th Street in Tin Pan Alley to the center of Manhattan’s midtown business district, but it remains a home for classic songs and legendary songwriters of every era. Under the leadership of Michael Brettler, who became president in 2000, Shapiro is committed to finding the best of contemporary music from Shannon’s “Let The Music Play” to Black Eyed Peas' “I Gotta Feeling," David Guetta and Sia's "Titanium," Nico & Vinz' "Am I Wrong" and Corinne Bailey Rae's “Put Your Records On”. Exploring new and creative avenues for exposing that music to the public, and protecting and defending the rights of songwriters and copyright holders around the world, Shapiro Bernstein is not only a part of American music history, it is a company determined to play a continuing role in making history.