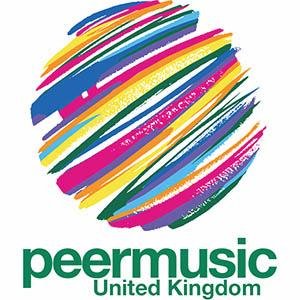 peermusic is a global independent music publisher with 36 offices in 28 countries around the world (covering all 6 major continents). We have a rich and diverse musical heritage dating back to our inception in the USA in 1927. The international catalogue includes: Buddy Holly, Donovan, The Carter Family, Hoagy Carmichael and David Foster, along with extensive Country classics and Latin standards. We were also the first company to publish songs by Andrew Lloyd Webber and Tim Rice, Pink Floyd, The Rolling Stones and The Pretty Things.

In 1932, peermusic UK was set up and run by local entrepreneur Tom H. Ward who, with his son Tom F. Ward, went on to establish peermusic offices around Europe with the London office based originally in Denmark Street (the legendary ‘Tin Pan Alley’).

A cornerstone of our business is to develop and support promising new songwriters and artists. We are proud that Newton Faulkner and Adam Argyle (pop songwriter/producer) are recent examples of our success.

In addition, we represent a large catalogue of master recordings via our US-based affiliate, Peer Southern Productions Inc., as well as through acquisitions and agreements in the UK with companies like Sunny Records, Donovan Discs and our own label ‘Spark Records’, which was established in the ’60s.